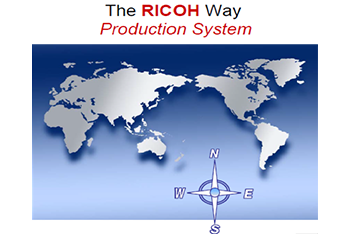 Based on the Spirit of Three Loves, we’ve implemented a manufacturing culture dedicated to producing high-quality products. We’ve developed The RICOH Way Production System, comprised of 12 Key Fundamentals that exemplify our culture:

To grow as a respected organization, we take seriously our duty to be good corporate citizens in every aspect of our operations. We demonstrate this by being Zero-Waste to Landfill and encouraging our employees to give back to our local communities.

Kotaro Koide, a 28-year veteran of Ricoh, was appointed president of Ricoh Electronics, Inc. on April 1, 2018. After starting his career with Ricoh in 1990 as an engineer in the Package Design Group, he served in a variety of management positions in technology planning, production control and business planning. Most recently he served as General Manager, CT&P Planning Center at Ricoh Company, Ltd. where he was responsible for developing and implementing strategic planning operations as well as ensuring coordination with the production department’s management of the supply chain. Koide is a graduate of Nihon University with a degree in Engineering. 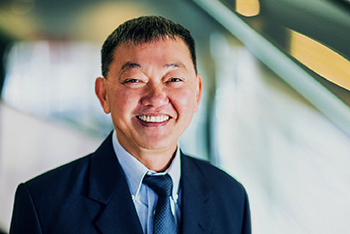 Dinh Doan serves as Vice President and Group Manager of the Marketplace Solutions Group. In this role, Doan is responsible for leading the Group’s machine and toner production and business planning operations. Doan joined Ricoh Electronics, Inc. in 1996 and has held various positions of increasing responsibility with the company including Production Manager; Production Reform Director; Division Manager, Operations Management Division; and Vice President, California Operations Group. Doan has a Bachelor of Business Administration degree in Economics and started his career as a teacher in Vietnam. 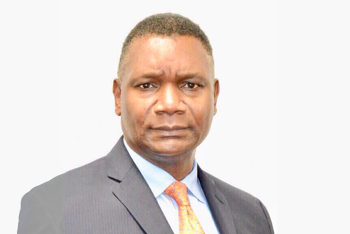 In his role as Vice President, Group Manager of the Industrial Media Solutions Business Group for the Americas, Frantz is responsible for leading the operations for direct thermal media serving customers throughout Canada, the US, Central and South America.

Beginning his career in 1980 with dual Bachelor degrees in chemistry and biochemistry, he worked as a bench chemist. Shortly thereafter, he began a career in toner manufacturing eventually becoming General Manager of Operations for Synfax Manufacturing.

In 1990, Frantz joined Ricoh Electronics, Inc., responsible for toner and thermal media operations. Over the years, his responsibilities grew, becoming Vice President of Operations in 1998. He has continued to grow Ricoh’s manufacturing business in the US, with operations and sales expanding under his helm year over year.

In his leisure time, Frantz enjoys travel, golf, fine food and time with friends and family.

Ready to join the Ricoh Electronics, Inc. family? Check out our career opportunities.